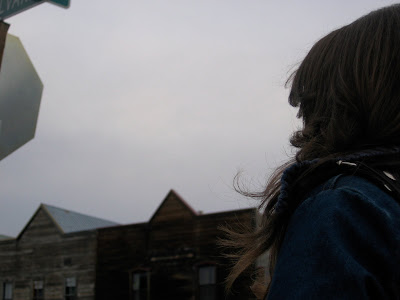 I've been writing in my head a lot. Just the past few weeks. Here's what it is like.
There's a phrase that starts up. Right now, there are two.
Even Steve McQueen didn't look like Steve McQueen.
I was in love in Paris once.
At night, or in the car, the next lines start up.
Even Steve McQueen didn't look like Steve McQueen. That's what his final wife said.
I was in love in Paris once. I brought the wrong shoes.
Those lines replay themselves over and over, edit themselves, word order change. Final wife, last wife, I brought the wrong shoes, The shoes I brought were wrong.
Then the line is a paragraph, and I'm memorizing, because I'm falling asleep, or waking up, or driving the car. Maybe I write a little of it to someone in an email. Or say it out loud. I don't do much, but maybe right now I'm catching a little more. Sitting down with the computer when it isn't convenient, when there is something else to do, or the sun is shining, or I haven't figured out what I'm going to wear yet today, or I need to read the camera manual one more time.
Because that book is sitting on my coffee table, and Steve McQueen is wearing a blue flannel shirt, and looking into the sun, and his wife is smiling.
Even Steve McQueen didn't look like Steve McQueen, according to his final wife. When she met him, she thought she was meeting Paul Newman, and with all that hair, the beard, the crow's feet, who knew who he was under there? Not a movie star, right then. But she went with him, and they liked each other, and drove all night, and no matter what he looked like, that's what you would want to do with Steve McQueen, isn't it? That's what they kept doing after that. Driving, going places where they weren't recognized, where she probably looked like the famous one.
Because she was a clear-eyed brunette, who wore a camera on a guitar strap and made everything look modeled. His shirts, high waisted jeans, one glossy braid. She looked like Steve McQueen the myth, but she smiled like someone who loved the man.
Posted by Heather at 2/20/2010 4 comments: 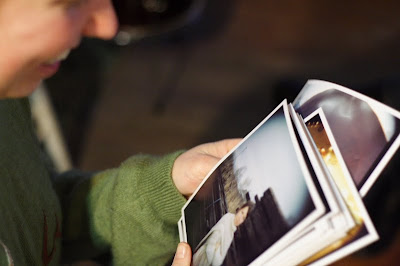 "I never have taken a picture I've intended. They're always better or worse."
- Diane Arbus
Posted by Heather at 2/20/2010 No comments:

Where I've Never Been, Where I Want To Go 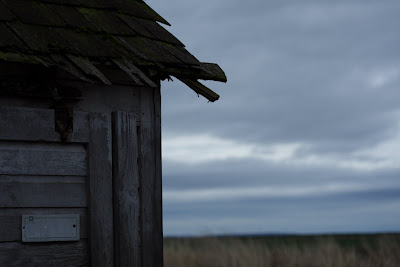 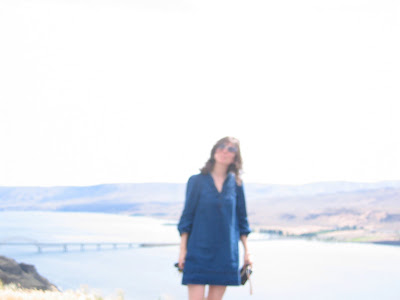 Just because it was what I wanted to go back to today.
Not everything has to be good to be evocative.
I ate cheese toast with salsa and avocado, and listened to The Tallest Man On Earth while I clicked through photos of Ice House Detroit. It was kinda exactly how I felt.
Posted by Heather at 2/18/2010 No comments:

The Secret of Making 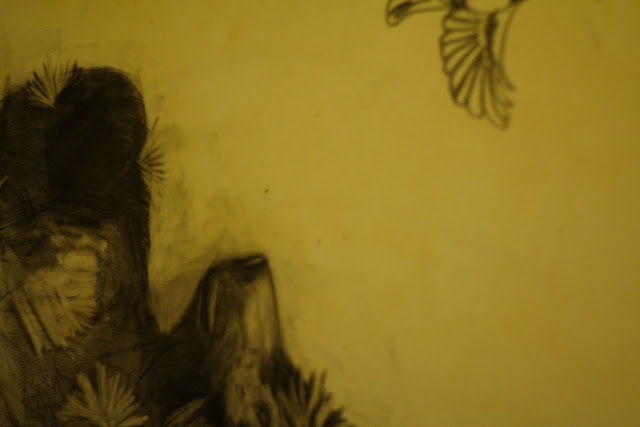 fragment of a painting by Todd Horton

There are certain things that I cannot be counted on to eat. Candy, at my home, is collected, but not often eaten. Jordan almonds are the exception. Sometimes a peanut butter cup seems like dinner. But Bottlecaps, Bit O Honeys, mini M&Ms, mexican caramels, Fran's Gold Bites, Pop Rocks, they all languish in a big glass bowl on my kitchen table. A Halloween pumpkin, plastic, with little Almond Joys, mini bags of Whoppers, bite-size snickers, sits next to it. When I get home I am too hungry for candy, almost always.

I am not good with other things either, though. I will not necessarily put a wedge of nice brie to good use or remember to steam the bright brussel sprouts from the farmers market, or eat a simple apple before it goes soft. I am pretty good at keeping up with the bananas, but oranges, even the little mandarins, will be leathery little balls by the time it occurs to me to eat them. At restaurants I will happily order too much food, but the leftovers go home with Kate. I cannot be trusted with leftovers. In the freezer, the ice cream all has freezer burn.

Often, I just don't know what to do. I could make tea, and I am reliable with cheese toast. Tonight, I wanted all the things I was thinking to sift out, I wanted to stand in front of the burner and write in my head but not on paper, not on the computer. I wanted to tell you about Aimee Bender's story The Third Elevator, and how that's what the Dave Rawlings Machine show was like. Being up there, with all those feathers, and all that sky.

That's when I remembered breakfast. I am good with the delicate protein of an egg. I am patient with the low heat and careful with the timing, and unafraid to add ingredients without measurement, and sure that I'll know how much to make, and have the tea ready on time, and let you salt your own. So I made breakfast for dinner, and rested on the thought that I like to love more than be loved, and maybe it's just that today I had to finally admit that I can't go to writing group this time around, but for once, for a change, I really wanted to say something. Just talk, and have you listen. And maybe, if I'm fortunate, you will do the thing that I love so much, and say a little something back.
Posted by Heather at 2/17/2010 6 comments: 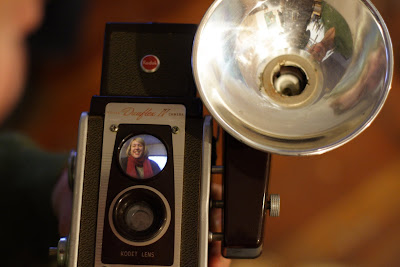 Peony didn't like living in Bellingham. But the weekend there this time was all grilled cheese and hot tea and things bearing the benevolent mark of the human hand. Fluffy things and things that sparkle and all the difficult things resolving themselves in happy fruition. We left with hats the color of happiness and everything kept us warm, and let in the light. All day long there was love.
Posted by Heather at 2/15/2010 1 comment: 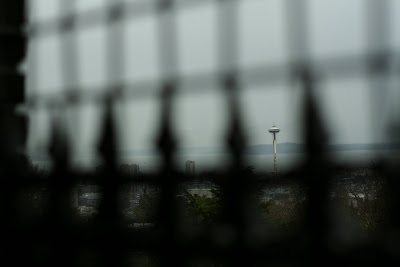 Wilco last night. I always feel ill-equipped to put into words how certain shows make me feel, but the best ones make me want to try. "Dear Jeff Tweedy," I kept thinking, as he stood on the stage below me. And then the stories would start.
Posted by Heather at 2/12/2010 2 comments: