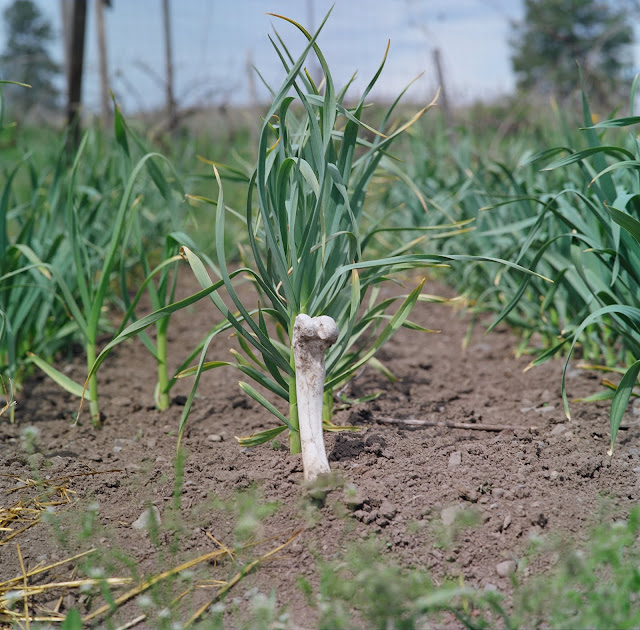 It's rare that I make my commute with nothing on the radio, no book on CD playing. For the first half of my commute this morning, I listened to Louise Erdrich read Lorrie Moore's story, Dance In America via the New Yorker fiction podcast and afterwards my mind was too blown to take in anything else. I flipped off the car stereo and drove the rest of the way in silence. I paid attention to the fire truck racing along the frontage road, an ambulance solemnly following. I thought about the difference between He leaves the room and He walks out of the room. I thought about secrets, and the way a story can be told by isolating pieces of information, leaving things out, like in a photograph where what makes it beautiful is the lack of extraneous details.
Posted by Heather at 7/29/2011 2 comments: 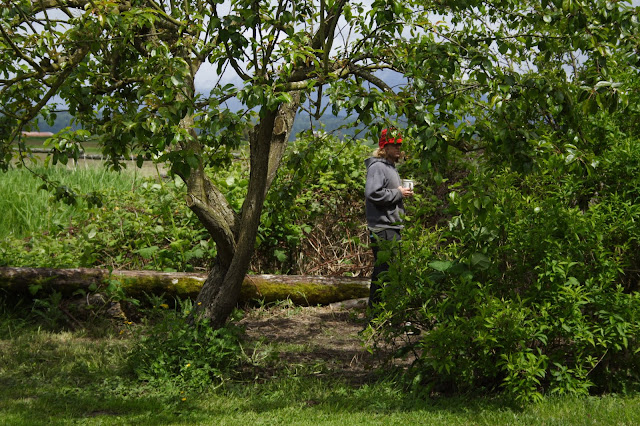 With Tom on Orcas recording with the Daffodils, the mini-farm is quiet. No Emmylou, no Mariners on the little radio in the garage. I do things he usually does, bring the garbage bin, the recycling bin back from the curb, cross Allen West Road to our little mailbox for the collection of junk mail and grocery store circulars that go straight into the same recycling bin. Before I go to sleep, I grind espresso for the little stovetop espresso maker, put the cilantro dip and poached shrimp in containers to put in the fridge. Tomorrow I have to remember to heat up the gooey cinnamon bread for breakfast, go out to the greenhouse, water the leggy tomato plants, the prolific pattypan squash, the little strawberry plants. Nothing to pack though, no forgotten cell phone charger, insufficient sock supply or wrong color shoes. Just home, every night for a week.
Posted by Heather at 7/27/2011 No comments:

There isn't really a photo for this one. 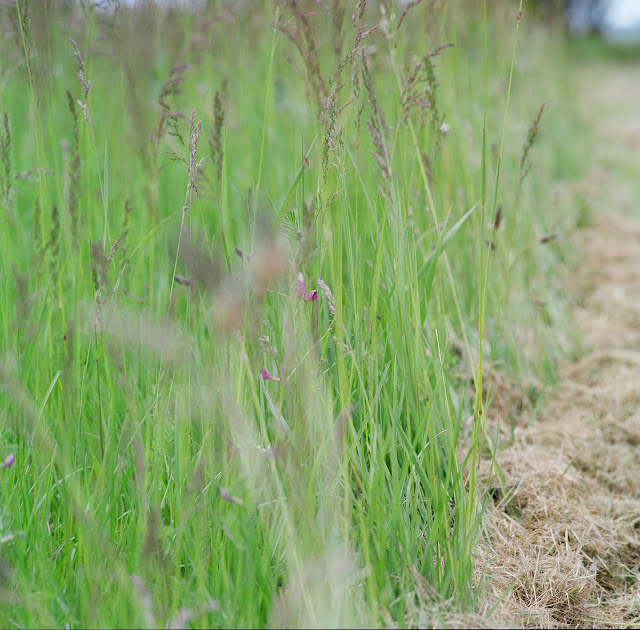 On my way home from Port Townsend via Sea-tac, where I dropped Pam off for her flight back to Denver, then the ranch, I stop for groceries at the co-op. I load a cart with one of those giant packs of toilet paper, a quiche for Monday breakfast, a quarter of a watermelon, a loaf of bread, a gallon of whole milk, and two tall lattes. When I get home, Tom and I sit on the back porch in the sunshine, finally strong enough to make it warm at home in spite of the breeze, drinking the lattes instead of unpacking the groceries. I get to them eventually, but not until after we have wandered around the yard, looking at the kale Emmy has gnawed down to the bare stalk, the little path Tom has cut through the blackberries, the patty pan squash that just keeps coming.
Tom puts up a clothes line and I cut the watermelon into huge slices and think about the essay Pam read at the closing day of the Port Townsend Writers' Conference at Centrum. Take note of the things that grab you in the world. Set them next to each, see what happens. A small part of what she had to say,  but I keep thinking about it nonetheless.
In the fenced-in dirt lot behind the state patrol just off our exit in Burlington, there are a dozen or so smashed up cars, totaled far beyond any insurance company definition of the word. Sitting at a big wood table inside on the nicest night of the summer, someone tells me about letting a family member go because of drug use. I don't realize at the time that I'm not hearing it, until it comes back to me the next morning and I do. "When I got involved, it was with my whole heart," she says "so eventually I just couldn't get involved." In some situations, there are no good choices, but hope springs eternal, we don't know what will make a difference, though we are reminded all the time of all the things that did not. For example, being there - for example, not being there. My friend's family member came back later with amends, from what turned out to be an island of sobriety in an ocean of not knowing when the next landfall will come, or when addiction sets sail again. That landscape is the same and different for everyone.
On the ferry to Port Townsend on Saturday, I couldn't decide where I wanted to be. Outside on deck, in sunshine, with the chill of the breeze generated by the boat, or inside, letting myself get lost in a book, sitting next to the window with the scenery only washing past me, unseen. I do both, not remembering later what I've read.
I come home from the co-op Sunday tired, not from anything bad, just the driving all weekend, just waking up early. I say to Tom "It's almost too hot to weed," and he says "It's too hot to weed," so I don't. I don't have the energy to tackle the kitchen myself but when he does, I pick up a towel and dry, something I never do. Usually it seems like a waste of energy, just let them air dry, but this time it's just about standing there, clearing the way, keeping things moving. It's also about not moving. About being home. My mind goes out and back again, but I work on staying. I work on finding some way to tend our place with what energy I have. I break down the boxes that have been waiting in the stairwell, put them in the recycling. I brush off the new fabric panels that James and Jessica have gifted us with, bring them in the house, look for a place to hang the bright one especially, a barn and fields in primarily colors, yellow sunshine, a green crop, a blue sky. Nothing broken, nothing burned.
Posted by Heather at 7/25/2011 1 comment: 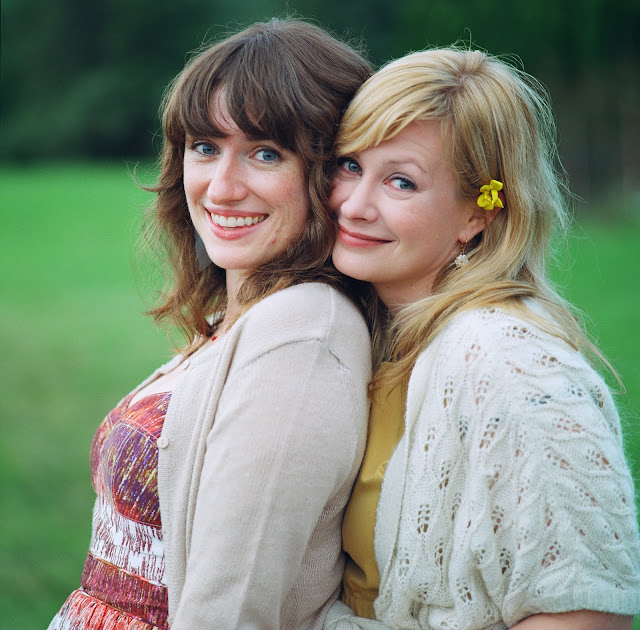 I might be getting okay at this photo stuff. The portraits, I mean. It's hard to manhandle the Bronica, whose name is dinosaur-like, even, into a quick snap while people are milling about waiting for the hors-d'ouevres to be passed, or a drink to be retrieved from the bar for them. I managed it at Carolyn's wedding, a scant 33 shots taken in all and about a third of those I was happy with. I like that average, I don't expect more. I expect a roll of 12 to yield a shot or two that makes me feel like I captured the charm of the person I was looking at through the lens, and I expect 3 rolls of that same person to leave me confused about which shot is the best.
Carolyn's wedding was a good place for looking at people I love to look at. Still shy, I stuck mostly to one of my classic models, Kate, and the people who were orbiting around her. I shot the boys playing lawn games in their dress Wranglers and sunglasses only from a distance, but I'll sneak up on them one of these days too.
Of course I was most sorry I missed a good one of the bride. Carolyn just has one of those faces, large expressive eyes, wide smile, long slender neck, and a cap of shiny dark hair. She looked beautiful on her wedding day, a dress no one else could have worn as well, intricate and flapper-like without being too costumey. As I drove the two hours to North Bend, I thought about how happy I would be to cry about something happy, the cathartic way that works, sorting out a long week where there were plenty less happy sources of tears. Saying her vows, she fought back tears, but I didn't bother to fight.
Posted by Heather at 7/21/2011 1 comment: 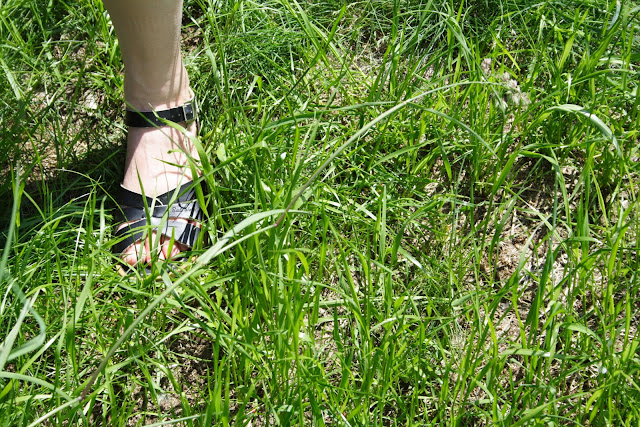 Summer at last, and a weekend of laziness. I had all sorts of things in mind to accomplish, and ended up sprawled on lawns most of the daylight hours anyway. I like to think this accomplished something, however invisible. A recharge, some kind of helpful space, I don't know. I kept trying to talk myself into doing laundry, or packing for the week in Seattle, or doing some weeding. Nope. Lawn time. A trip to the co-op for groceries. That was about all I had in me. At least there will be lunches for the week. The rest I'll figure out as I go.
Posted by Heather at 7/10/2011 No comments:

A Birthday Message from a Biker and a Pirate 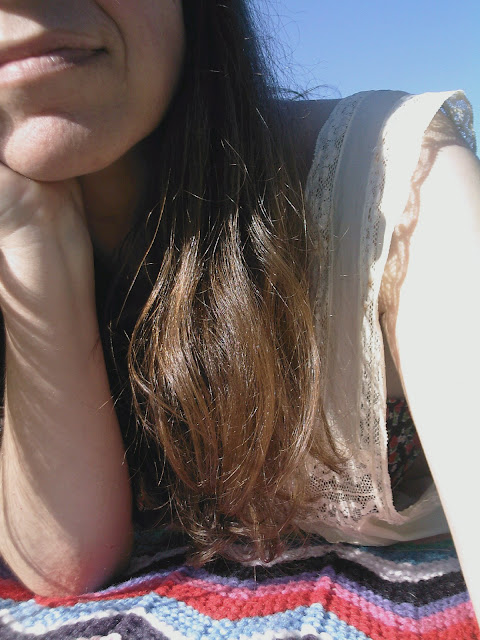 Tom wore the vintage red western wear pants with a red and blue plaid summer shirt with pearl snaps, and a white belt and a flag bandanna. I hear Jess sewed something for herself to wear, and if I had known that in advance, it would have been harder to stay home from the 3rd of July party. But we also have a house full of people coming tomorrow, and no one has swept much lately and I wouldn't mind hanging a painting or two and Emmy does not at all at all like fireworks. None of them were close enough to bother her today, so she spent most of the afternoon gnawing on a bone from the meat co-op and I spent plenty of it stretched out on an afghan reading To Each His Home. That book is pretty perfect inspiration for cleaning house.
In the summer, it's easy to ignore the inside of this house. Outside is all birds and sunshine and tall grass today, not enough wind to fly even a small kite. For tomorrow, we have water balloons and box forts and a good spot for a tent mowed into the back field and Jenny said she might bring s'mores. Tom's been saving marshmallow sticks - we probably have more of them than we have drinking glasses and that's a lot. Yesterday Susan and I ran errands across the valley and I bought hamburgers from that lady I like so much at the meat co-op where we get Emmy's bones, and two kinds of hamburger buns from Iris at  Breadfarm and both gouda and fresh Ladysmith from Samish Bay Cheese. Jenny's bringing the boys for an overnight, and little Bitty will be here, and mom and Tom's parents. Tonight when Tom gets home, we'll taste test the strawberry ice cream cones. If those are good pretty much everything else will be too, right? We'll eat some in your honor.
Posted by Heather at 7/04/2011 1 comment: