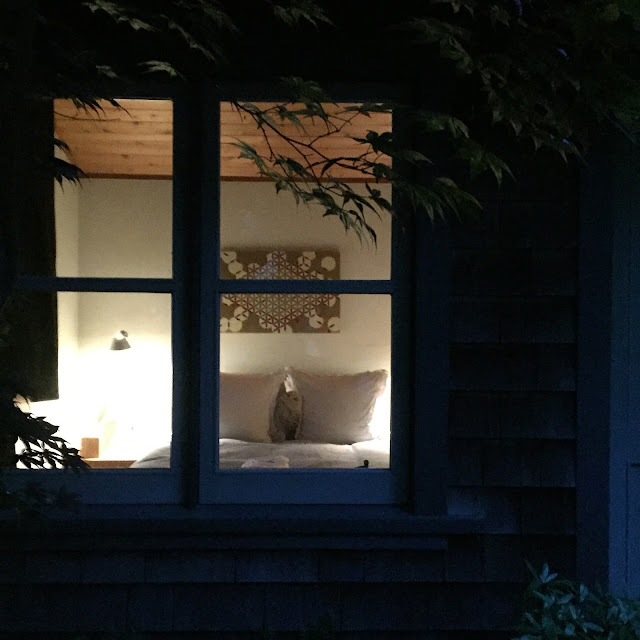 You are the one who decides if your life is beautiful or sad, or both. When I ask our Floyd, our head of Facilities, how excited he is to move into his new home, he says, I'm most excited about the commute, I'll get an hour of my life back every day, and I say, If we get this drug approved, I'll get a third of my life back. He laughs. We both do. The intractable space planning problems we've been trying to solve together have put us in the habit of laughing at everything. We joke about getting rich on stock options and never suffering in any way again.

What is "just a headache"? It's never just that. It's a heaviness that settles into sinuses, a feeling at the back of your throat that ruins all hunger, the feeling of your ears popping again and again. How do you convey the feeling of doom to it, and how your eyes are not quite right?

What secret things does everyone else harbor in their bodies? Is a sudden sharp pain somewhere sometimes just nothing? Stabbing pains vanish suddenly, a dull ache goes away on its own. Are they a quirk or glitch, everyday wear and tear, or for some of us, are they always something?

It has taken time to connect certain things. Years, even. I never gave much thought to the times I stood up quickly and got lightheaded. It's nothing. Maybe it was my low blood pressure. Maybe it was hot out or I hadn't eaten, or, everyone's favorite, I hadn't had enough water to drink. Then the second neurologist I see does a gaze stability test and asks me if I sometimes get lightheaded when I stand up quickly. Her nod is almost smug when I say yes, she's seen a slight glitch in the way my eyes track her finger. She says something about a minor instability at the base of the brain, common in migraine patients, and moves on to something else. What did I ask when she told me this? Some small, vague thing that got an answer like the wave of a hand. Not enough. Was it the hypothalamus she was talking about? The brain stem? The medulla oblongata? I think about it later, try to google it,  and though I don't find exactly what she was talking about, I find things about migraine and vertigo, and suddenly things about me coalesce. Maybe I am broken in just one way.

When my mother comes back from Japan, she brings pottery. A piece breaks in her luggage, and she talks about fixing it the way they do there, with something mixed with gold, so that the cracks are bright with it, the idea being that the broken part can be made beautiful, part of the history of the object, emphasized instead of hidden. Kintsugi, it's called.

That was the neurologist who made a note in my file about depression. Tears ran down my face throughout our appointment. Not sobs, just sudden leaking tears, as casual as a runny nose from allergies. I didn't call myself depressed. I just had fucking migraines all the time. All part of the same piece.

You are the one who decides if your life is sad, or beautiful, or both, or some other combination of adjectives entirely. Watch for deer when driving at twilight. Never check a reference over email. Don't leave a job just for a higher title, or better salary. Figure out what you are walking into. Who is going to stop by your office every day? What is everyone talking about in the break room? Is some part of your work going to be worth staying past 6:00 on a Friday, even when no one tells you to? Will it give you a third of your life back? Will it do that for someone else?

After I sort through the employee suggestions for our summer reading program at work, narrow them down to six fiction and six non-fiction, I take them in a brown paper bag to the conference room next to Randy's office so that he can see them. There's a surfing memoir, and a glossy white cookbook the size of a large paving stone, a management book that takes its lessons from the Mars Rover project, a novel about a paralyzed man and his caregiver, another told from the point of view of an aging dog, and a memoir written by a neurosurgeon with terminal cancer. Randy asks, Jeez, is there anything that's even slightly funny? and says, I'm going to rename the list you call fiction, Tragedy. Later in the day he calls me to tell me that the buzz from employees in the lunchroom who are sorting through the sample copies is that they are going to have a hard time choosing, and asks me to send out another email that says we will have extra copies of each for people to borrow, if the two choices we give them are not enough.

There is what is sad, and what is beautiful, but so many things are both.
Posted by Heather at 5/21/2016 No comments: