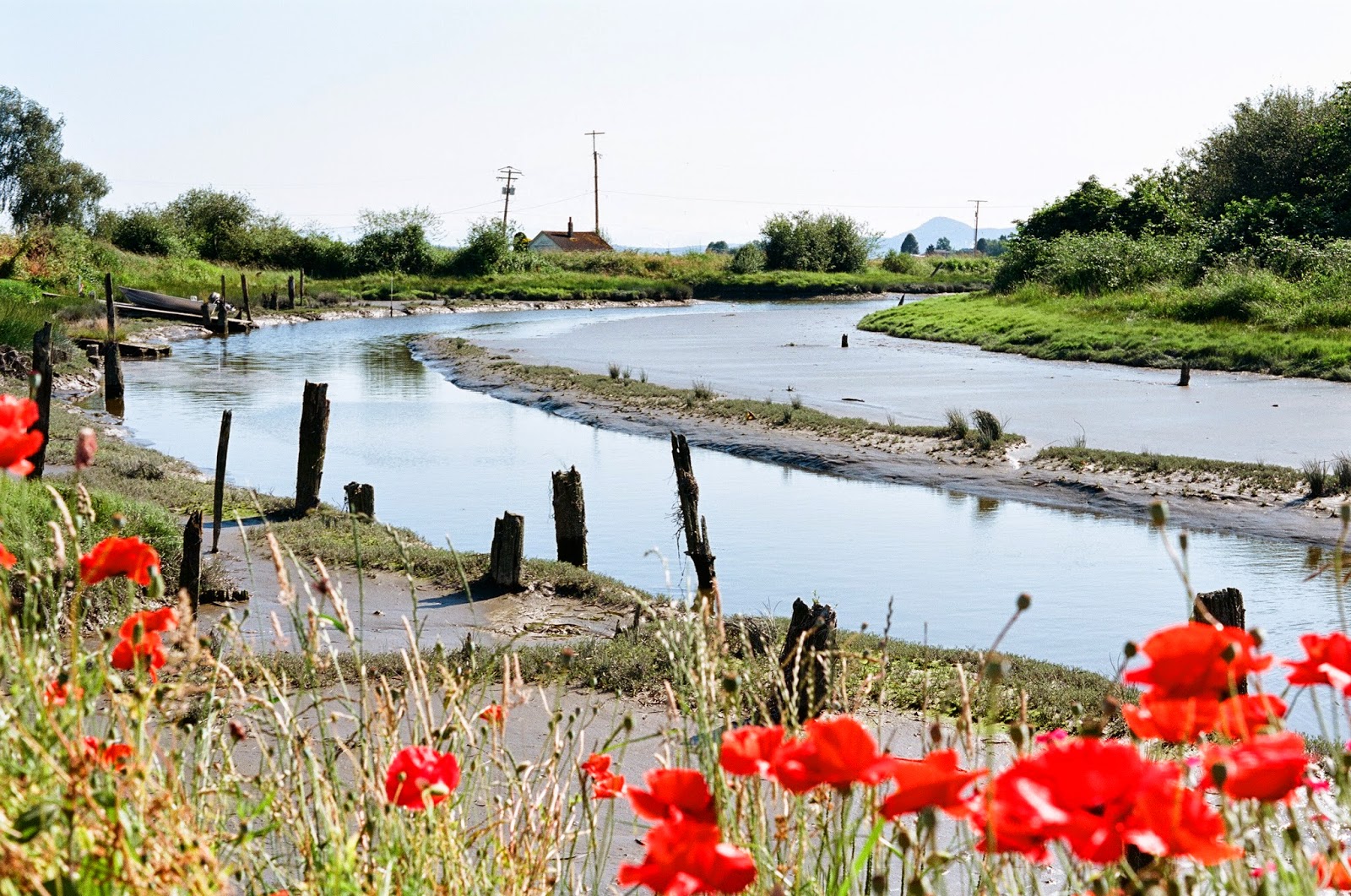 It took more than one thing to keep me away from this space. There were things in my life that had a silencing effect on the chatter that went on here. Thoughts that were a confused tangle that seemed to only get worse the more I tried to tug at them. I can't say I'm past that now, but there is one thread that caught my eye a few weeks ago and led me back here.

Photos were always a big part of the blog for me. In the early days, they were tiny snapshots, taken on a point and shoot, almost an afterthought, just something to keep us from facing a wall of dense, insect-legged letters crawling across the page. Even the early photos made this a real space, though, and the more I wrote, the more I wanted to take photos, and the point and shoot gave way to toy cameras and then an old Pentax and finally the big Bronica, culminating in doing my own color printing, which I loved so much. The color darkroom at PCNW went away and with it, my color printing, and that had such a cooling effect on even taking the photos. It's fun to have photos to share online, but once you've walked  away from hours in the darkroom with a big light-filled color print that makes you feel like you are in the same room as your subject, you know you're missing something when you're just looking at your photos on a screen. Getting an iPhone didn't help. Too easy to go back to snapshots, shared quickly and without the kind of care that goes into getting the image you really envisioned. iPhone photos, for me, are more like fortune cookies. You get what you get, and they great ones are a nice surprise. I was never interested in the digital fiddling process. 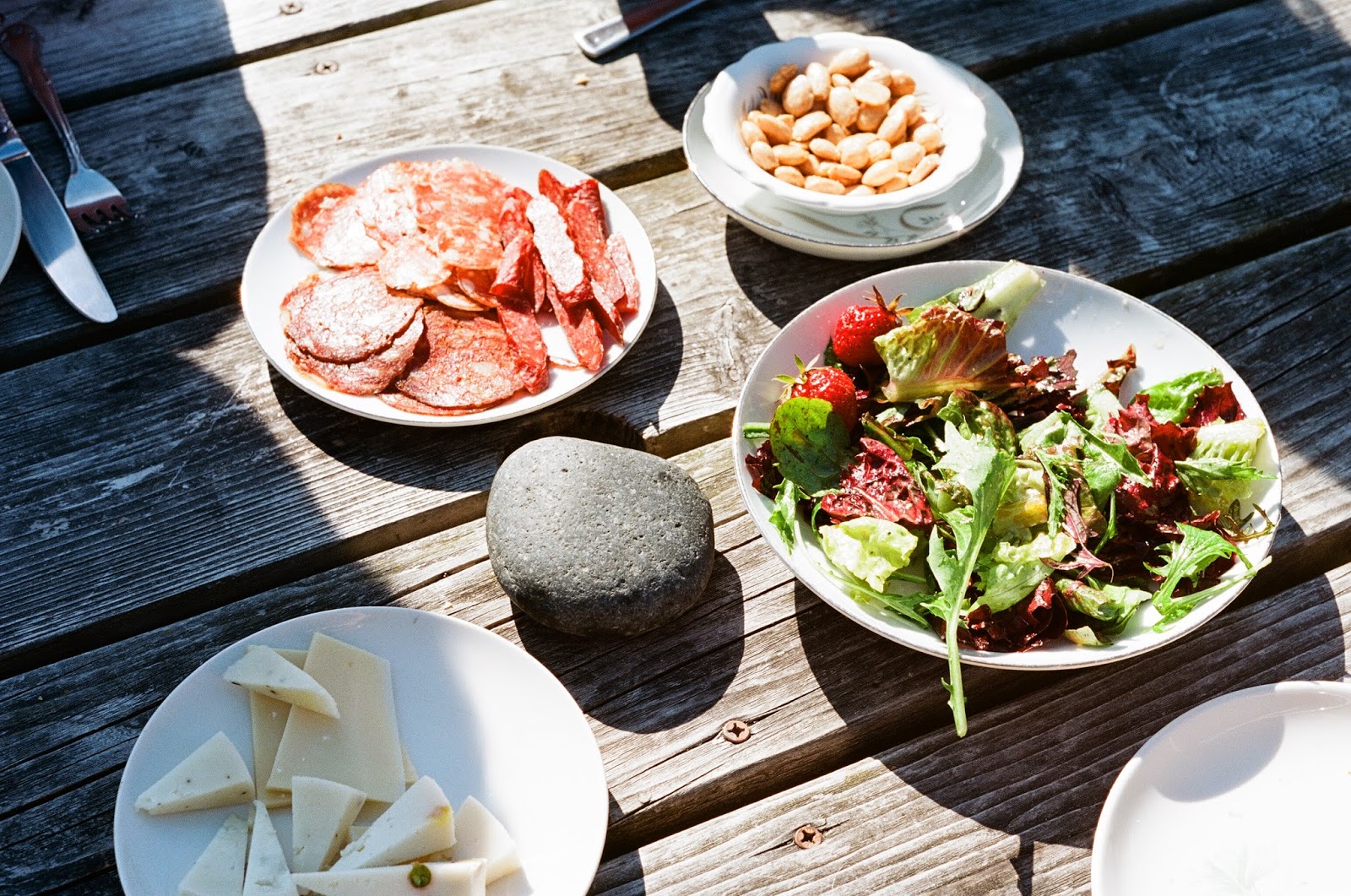 Some of my girls came and visited me last weekend, so the film came out. The film, and all the vintage dresses, and every hat in the house and the hot fudge sundae supplies. It felt like spending all the money you've saved up, on the exact thing you had been saving it for, and finding that it was really just what you wanted, and totally worth it. It's been summer here for weeks now, oddly, and my progress on the inside of the house has slowed as I try to keep up at least a little bit with the outside. Even on the nights that I don't mean to stay out late, the sunsets call me back out, or I think I should just check to make sure nothing is dying from lack of water, or I decide I want to harvest a little bowl of ripe raspberries for my yogurt in the morning. Dinner happens late, not til 10 many nights and then it's just getting through until the weekend for sleep. 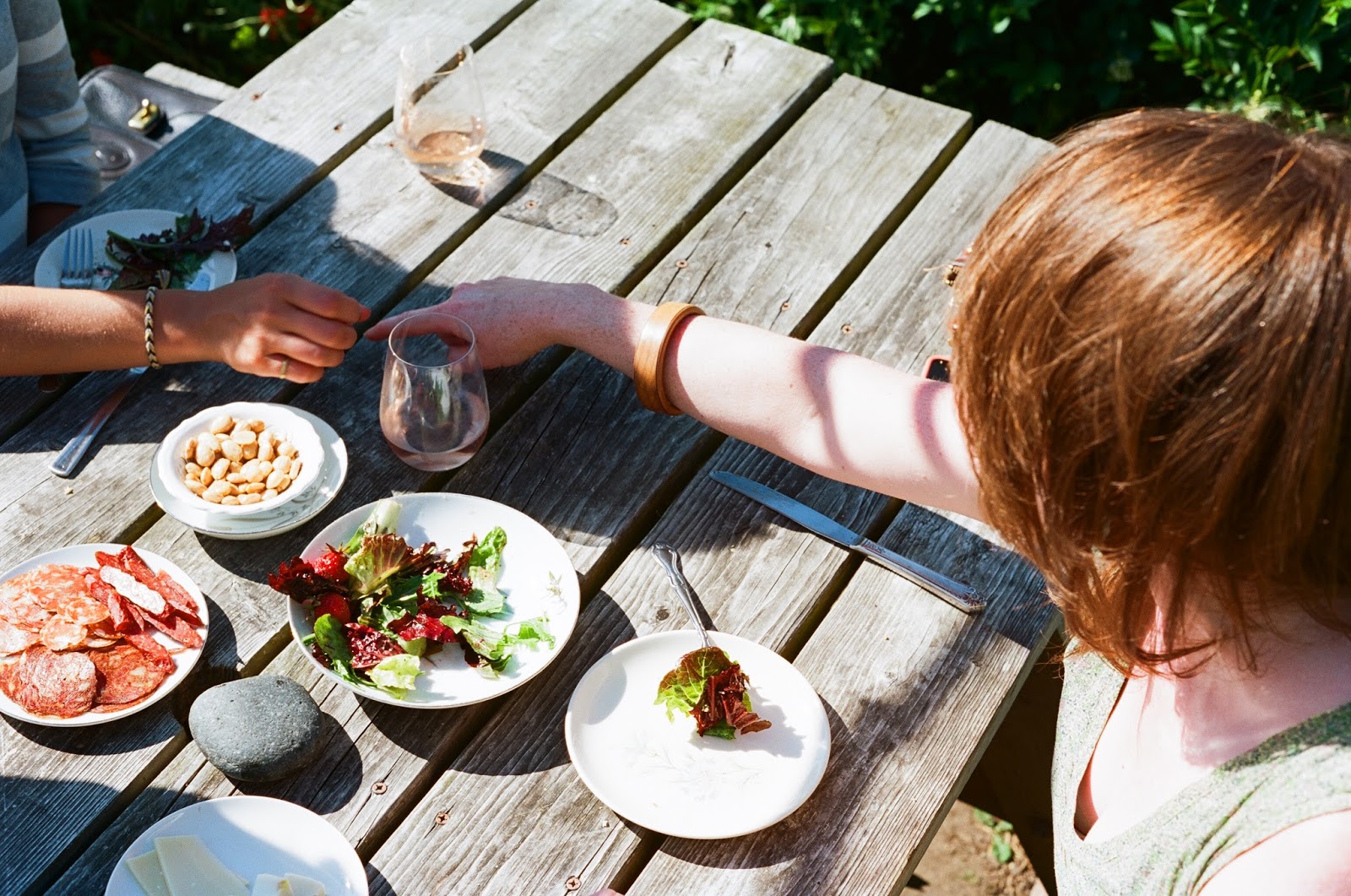 No complaints, just a sort of eternal adjusting, trying to make the days work better, always contemplating what this is all about. I remind myself that the garden, for now, is just an experiment. Planting things late is fine, not knowing how to guide the tomatoes into their most productive shape is fine, losing a dahlia tuber or two is fine, having the rabbits eat the top off every leaf of new lettuce in a single night is... well, not that fine. But there are always more lettuce seeds, and it's not that expensive at the co-op anyway.
Posted by Heather at 6/28/2014 3 comments: