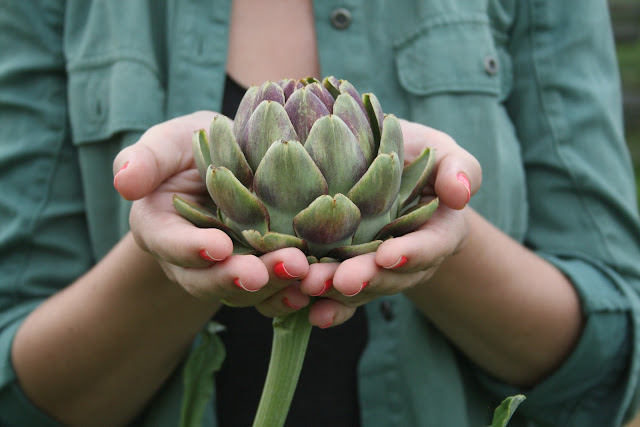 There's time for one last coat of summer nailpolish, one summer pedicure. The artichokes are flowering,  but it's going to take the loppers to get them off the plants and into the house for a vase. I don't know if there will be a fall crop of kale or not, though I did plant one. There are late raspberries and tiny strawberries and big blackberries and the little salad patch I planted in the old bathtub seems practically indestructible, no matter how many times I go out and haphazardly chop off a chunk of them at the roots. We will probably get another half dozen small tomatoes, and maybe some summer squash, though the little pattypans don't look like the UFO shape I've come to expect from them. Always, always there is sorrel.

I bought a new bathing suit that I haven't even tried on yet, and I haven't had nearly enough french pastry lately. My summer vacation was at home, a notebook filled with summer things to be done, house projects and iced coffee experiments. I loved both the checking off of items, and the having things left. July went on with more of the to-dos taken care of, more rolled into August, late afternoon naps, Moonrise Kingdom in the theater just a few weekends ago, and tomorrow, finally, summer nailpolish.
Posted by Heather at 8/31/2012 1 comment: 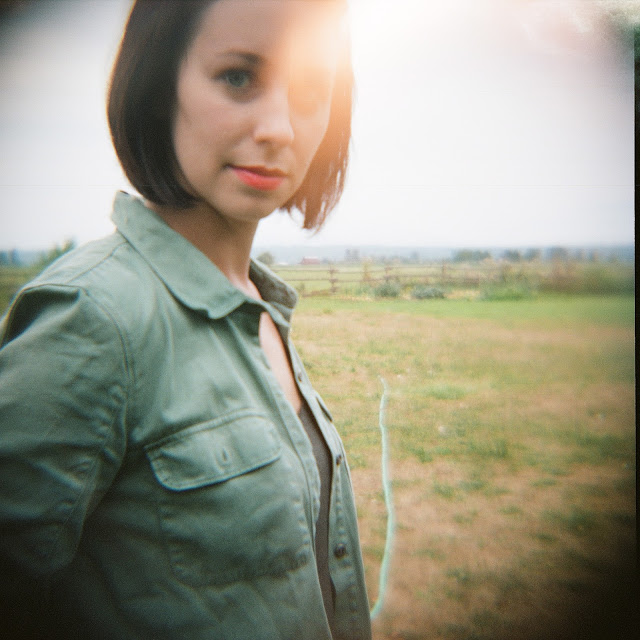 Jessica, from her visit last week

This afternoon, my CEO stood in the hallway outside his office and shouted "It's 2:09! What are you all still doing here!?" We're on Summer Hours these days, closing the office at 2:00 on Fridays, for sunshine and shenanigans. If I had known beforehand that employees would use the time to hang out together, biking to a tap room in Kenmore or the brewery in Woodinville, I would have used that as part of my argument for Summer Hours, camaraderie and team building and all that. I lingered until 3, myself, then got in the car to go pick up the film I dropped off earlier in the week and hadn't had time to pick up. The last summer book of the year is in my car's CD player, which kept the traffic from seeming like anything at all. On the way to the camera shop, I drove by a Baskin Robbins, and a nail place and thought Yes. Instead, I took my computer and the CD with the negative scans and drove down to Third Place Books and read every single title in the psychology section. Then I read every single title in the used audiobook section, where I was rewarding with a $12 copy of Hannah Coulter by Wendell Berry. One of my all time favorite books, which I have never listened to on audio. There's something specifically delicious about having an entire book read to you.

Afterwards, I sat in the Honey Bear Bakery with an iced mocha and uploaded all the photos, trying to think about how describe how happy I was that a few turned out well, about the little frenzy of trying to decide which to post. There was a kid about 11 with glasses at a big table near mine, backpack and notebooks everywhere. I only noticed him after his little sister, probably 7 or 8, poured her soda out on his head. No parents in sight. It was painful to watch, you could see that there was part of him that wanted to laugh, but a bigger part that was embarrassed to the point of humiliation, and hurt. He wandered away from her, looking for someone, and she hopped from one skinny leg to the other, cackling nervously, half pleased with herself, half ready for the trouble she knew was coming. An old man pushed a cart by, suddenly shouting the lyrics to a nursery song from right behind me, making me jump, making the girls behind the counter jump and eye him warily, clearly wondering if someone was going to have to ask him to leave. He was fine, passed by and said something to the woman at the information booth laugh, not at him, but with him. I was happy. A bakery in a book store, the whole afternoon my own.

It can't be over! The summer has flown by so quickly. We've had construction underway on the screened in porch in Vermont, so I have spent more weekends than usual in the city with the boys. We've had subway adventures, trips to foreign playgrounds, playdates, movie dates, and hijinx galor.

And, it goes without saying, I got to thoroughly experience the Olympics.

But I have missed the woods around the house, roasting marshmallows in the firepit, the sounds of the peepers echoing over the pond.

And great jeebus, I had forgotten how HOT the city is in the summer!

This weekend we head to the Hamptons for a weekend at the beach with some friends, then Labor Day in Vermont and then... school begins!