You are there in Colorado with the horses and the dogs and that's great and all, but I want to introduce you to my special animal.

Her name is Belinda. 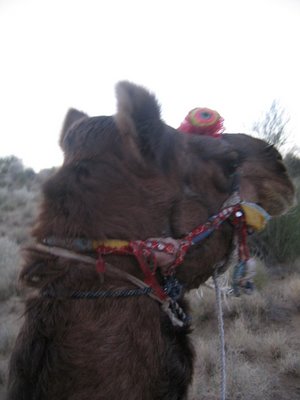 Isn't she noble and beautiful of brow? She was my camel in India and we shared one magical sunrise safari together. She has the most beautiful eyelashes in all of the deserts of the world. 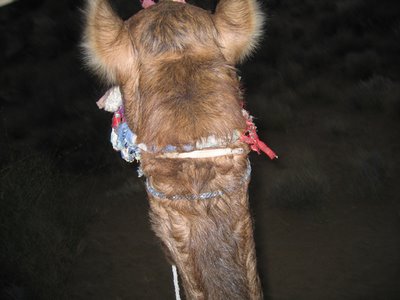 When I first saw her, I thought 'what is this chicken-headed creature?'

How wrong and cruel those thoughts were!

Soon, I was entranced by her loping loveliness and struggling to get a shot - any shot - of her feathery elegant head. 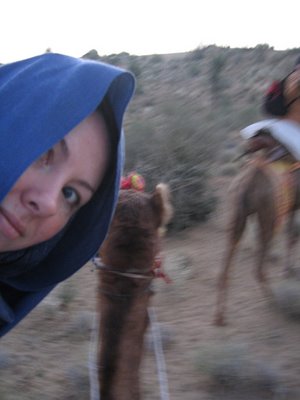 I tried to get in pictures with her, but she was coy and would quickly turn her head when the snap of the shutter was imminent. I felt like paparazzi, taunted by a beautiful star who knows just when to pull her bikini top up. 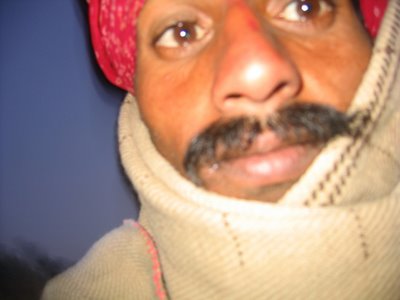 She had a handler, like any wily starlet. I think he whispered in her ear and told her when to turn away.

But I don't speak hindi or camel, so I couldn't be sure.

He promised to take a picture of me with her, but he took this picture of himself instead. I think he was stoned. 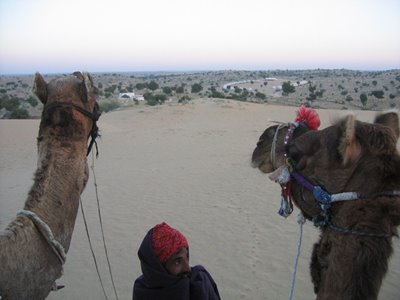 I could see her talking to the other camels. Maybe she was gettting their opinion of me. Maybe she wanted to know if I had straight teeth and beautiful eyelashes too. After all, I was on her back - she had no idea what sort of troll she was encumbered with. 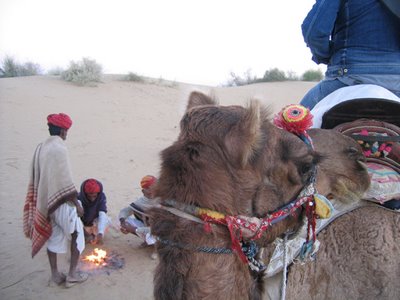 The word must have been good, because she started to nip at Eugene to get him to take a picture of us together. 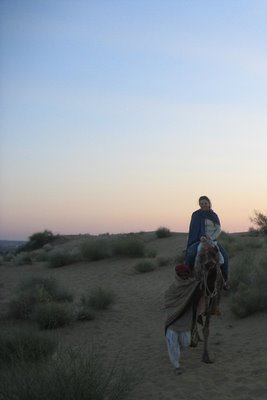 Oh how glorious those times... I mean that time... were. I mean was. 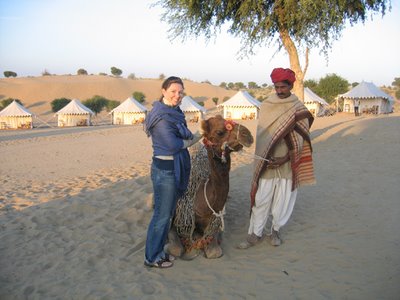 And then we had to say goodbye.

She wept a bit. Then got angry and spit at me.

But in the end she loped off with her dignity intact. Her flower on her head bobbing in the early morning light of the desert.

I shall always cherish the time we had. I miss her terribly and cry bitter tears.