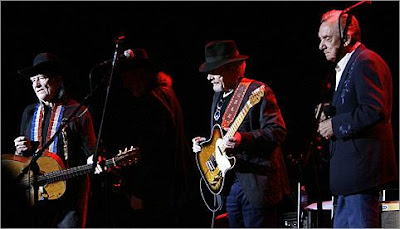 Well, I may be in New York all the time, so yesterday wasn’t my first day, but seeing Willie at Radio City Music Hall was certainly an experience to love.

First of all, Radio City is just magnificent! I’d never been there before, so seeing it in all its Deco-era glory was a treat. I love that they still have the signage intact – and the pedal-operated hand dryers – from the original design of the space. 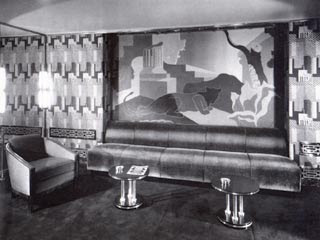 The lounges still look like this!
But besides being a treat for your eyeballs and your typography-loving soul, the acoustics there are just phenomenal. The sound for the show was so well balanced and crisp, even though we were in the first mezzanine, you felt as though you were center orchestra.

We were not as close to the stage as some people, (Terri! Henry!) but, we had a pretty good vantage point.


All in all, it was a pretty special night. I could use a little more Willie in my life. I think we all could.

ps. Kim, I can never think of Pancho and Leftie the same way again. Thanks. No, really. Thanks.
Posted by LadyGripe at 3/23/2007