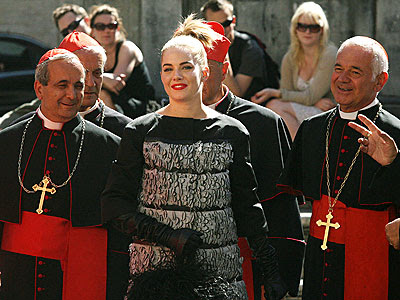 Generate Antonio, li pensate potreste organizzare un exorcism sui punti del Vatican? I suoi capelli stanno parlando in linguette e quelli sono i guanti del diavolo!*
Whilst I have been trying to figure out how to download photos, I have had some time to surf the internets (as dear GWB calls them) and I chanced upon something truly horrifying. The image above...

Now, I know that visiting the Vatican is a stressful experience and could force any fashion-forward girl to make a sartorial blunder, but truly - this is just wrong.

The shitzu hair with the sharpei outfit? Horrifying. Plus, she looks wildly bloated - like the gloves have cut off her circulation and forced all the liquid in her body to her head and neck area.

Guess who this girl is! Just guess! 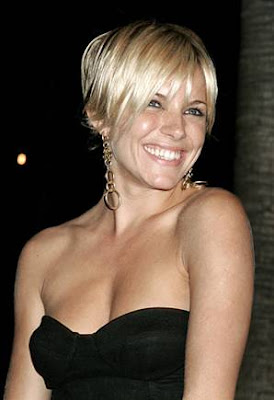 Sienna Miller! What happened to you!?

I know you are done with Jude Law and that the Hayden Christensen thing was just a brief (and ill-advised) interlude. I know that Factory Girl was a flop. But really, what goes on? These are not excuses for dressing like Cruella DeVille sans wig. 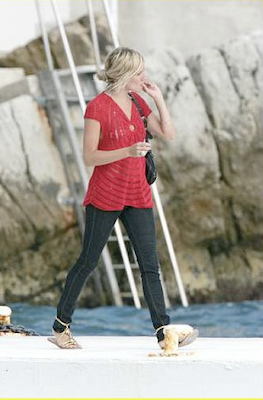 Now, certainly she is known for some kooky outfits and, when she's not showing off her underwear, I usually appreciate the risks she is willing to take - though I am thinking that fastening your sandals over your pants will never catch on.

It's just too twee, dear. I only expect to see it on the newly minted art students next fall. 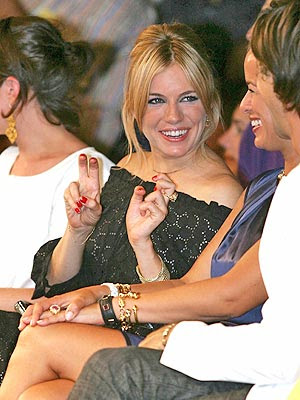 In the meantime, girl need a fashion intervention. Or a lifestyle intervention. Here - another very recent photo - she looks like 40-year-old Brigitee Bardot - if Brigitte had been ridden hard and put away wet.

Of course, if she's pregnant and that's the reason for the bloat and strange outfits, then I feel bad for mocking her.

But until that news breaks, all I can say is daaaaaaaang girl - what happened?

* Translated from the Italian: "Father Antonio, do you think we could stage an exorcism on the steps of the Vatican? Her hair is speaking in tongues, and those are the gloves of the devil!"
Posted by LadyGripe at 7/07/2007