Isn't Everything Always About Timing? 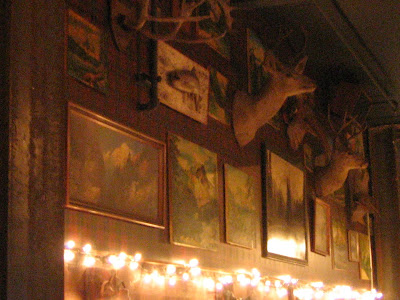 Have you been to King's Hardware with me? I love to take people here. Saturday night, Susan was my victim. Victim turned out to be the right word, though, since King's is just not really the same place on a weekend night it is on a weekend morning. Not that we didn't have fun. I'm smitten with the jukebox (really any jukebox) so I stole $5 from Susan (oops, still owe her) and put a ton of songs on. While I was standing there trying to decide what to play from Exile on Main Street, a tall guy in a black hoodie came by and asked me what I had just put on - something from Goo by Sonic Youth. I went back to the table and he walked by later and said "You have good taste." Susan wrinkled up her nose and said "Why, because you're eating onion rings?" Then we talked about how it's sort of impossible to look like you have anything but good taste on that jukebox. It's one of those totally curated for coolness jukeboxes, MC5, Stooges, NY Dolls, boy stuff like that. I guess you could pick all the so-called hits off of every album and that would be less cool than picking the deep cuts, but short of that, you can't really look uncool. I'll pay you $10 if you can figure out how. 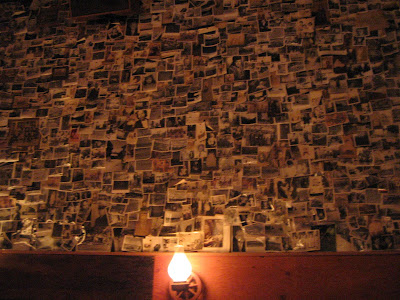 One of my favorite things about King's is the photo wall. Isn't it nice? One of my least favorite things? The dude throwing up into his hands as he ran to the garbage can behind us. This is why King's should really be reserved for Sunday morning, after the Farmer's Market. A lot less pukers that time of day. 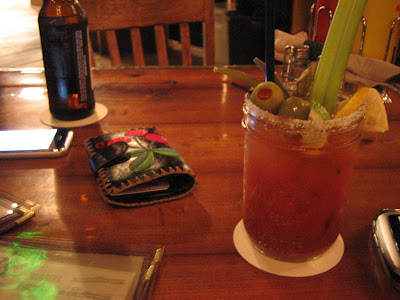 But the best thing about King's is the Bloody Marys. Love them. Two pickled green beans, two olives, a spear of pickled asparagus, lemon, lime and celery in a Ball jar. The celery is usually a little wilty, but I choose to overlook that. You can't have everything in a bar where the servers and bartenders spend five minutes milling around looking at the puke dribbles on the floor before one of the bus boys comes by and gets down to business with the rag. Dear bus boy, you rule. We noticed.

I too am a sucker for this container. And all that salt. This was the only thing missing from all those Laurelthirst brunches...

Why again do I live here?

We'll get you to King's one of these days anyway.