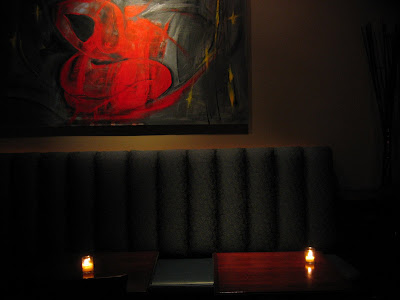 I've been having a writing crisis lately. Maybe you've heard me say this before. Lots of people have. I think when I say it, people think of something like a literary case of low self-esteem. I wouldn't go so far as to say that I have never suffered from that, but that isn't exactly what's going on right now.

Tami helped me articulate it a little more clearly a few days ago, and then last night Lisa and Kathleen indulged me in further musings on the subject. It's not the words that are the problem, it's not individual sentences. I love those, love tinkering with them and spend many minutes a day on that tinkering. Some things don't get revised much - text messages, emails, certain blog entries. But some things just run through my head like lyrics to a song that I am always changing the tune of. This is one of the reasons I crave the walk to work, why I will freeze my nose and have bad hair every day and wear out a pair of heels in less than a month. I want the sentences, I need them. I would go so far as to say I am as addicted to them than I am to lattes. More addicted to them than I am to cheese. 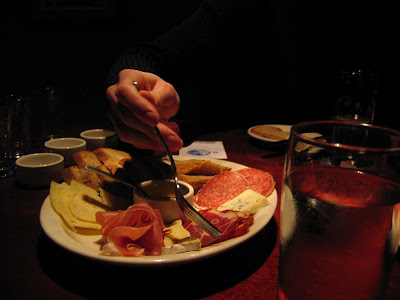 The problem with the writing is the idea of a story. I am not being modest when I tell you that an understanding for how to make a story eludes me. It's as though I am trying to build a mammal, backbone and all, but know only how to make a candy-coated covering, or a jellyfish.
And of course, part of the problem is clearly a problem of faith. Part of the problem is that writing a story seems to me to be an act like building a mammal, an act for a deity, not a mortal. Who am I to say What Happens? And that's what a story is, right? What Happens? 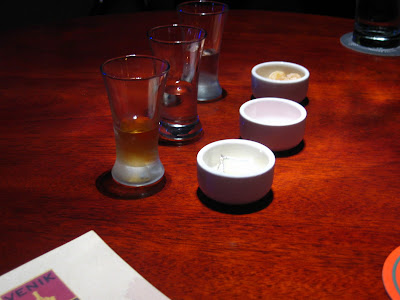 What happened last night was a little vodka tasting. Just a little. Hints of fig, a soupcon of ginger, a touch f grape. Lisa and Kathleen met me at Venik for what I am now thinking of as the Book Club That Will Not Die. I met Kathleen 8 years ago because Lisa took me to her book club, after I begged. That was a lifetime ago for me, when I was a homeowner, settled, partnered. Those things changed and so did book club, but it keeps coming back, and I love that it is turning out to be an irrepressible force. 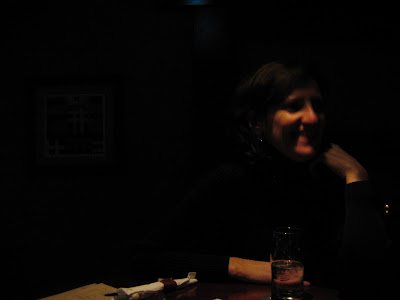 Kathleen and Lisa are the reason, as has become evident now that the club has been whittled down to we three. These two are the perfect people to talk books with, to talk about my own writing with, because they are the kind of readers that writers write for. Thoughtful, generous, eclectic in their tastes, willing to take a chance. Kathleen has been in school recently, so not reading as much as she'd like, but the book we read this time, The Raw Shark Texts, lured her back into the world of fiction. When her husband Scott saw her curled up on the couch, racing through the book, he said "Uh oh, It's Back!"

Which is why I am so glad to have the two of them as blog readers, because as I told them last night, at some point, all this work I do with sentences, all the ways I carve and cut and paste and weld things together, it needs to go somewhere. To invite a reader into your writing is a risk that work demands and deserves. Whether you, whether I, ever learn to write a mammal or not. Because candy-coated shells can be good too, and jellyfish are lovely. As long as I can manage to resist the urge to combine the two. Cause nobody really wants a candy-coated jellyfish. Do they? 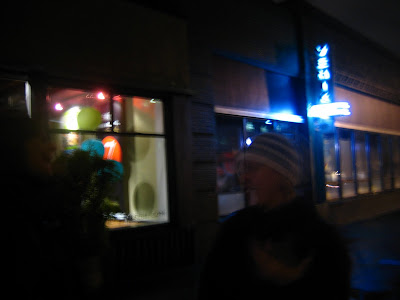 Still talking, even in the rain