In Defense of A Wonderful Life 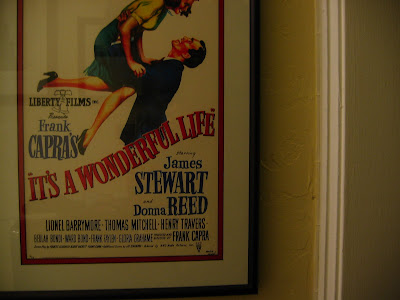 There was really only one thing I was craving this Christmas - a viewing of It's A Wonderful Life, with a bowl of popcorn and some knitting. I got it, and I was not disappointed.

Have you seen it lately? It might surprise you. This movie is DARK, people. Do you have any idea how many times Jimmy Stewart (as George Bailey) kicks or hits something? He also gives his girlfriend a good shaking, gets loaded and drives drunk, plus there are bar fights, not to mention a girl fight, prostitution, alcoholism, war, poverty, I could go on. Even Donna Reed smashes shit in this movie. It's about frustration, disappointment, discouragement, the mundane grind of keeping up with everyday life and whether or not to even frikking bother. But of course, what gets you in the end is that it's also about what matters. And I needed some of that this Christmas. 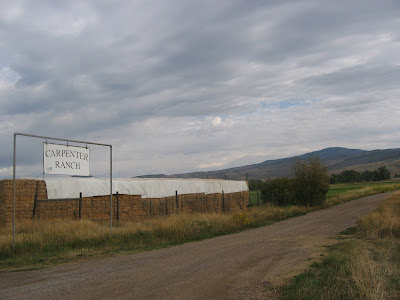 So, what does all this have to do with Carpenter Ranch? And today, January 9th? Well, you probably know that most of the scenes in It's A Wonderful Life are a turning point of some kind, turning points that give you the shape of one person's life and influence, a tour of all the ways that George Bailey has affected the lives of the people in Bedford Falls.

Our weekend at Carpenter Ranch was a turning point for me. That was the first time in years that I let anyone read or hear anything that I had written other than an email. It's also the weekend I met Pam for the first time. 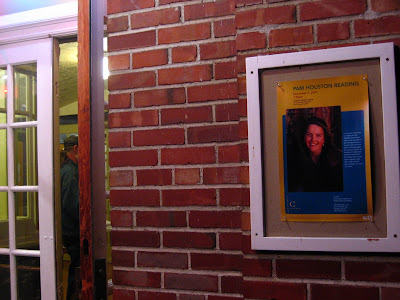 Pam, see, is one of the world's George Baileys. Anyone who has ever struggled to express themselves in anything from a birthday card to a novel knows that we all have an Old Man Potter in us somewhere. Every writer is subject to some negative, crabby internal force that has the power to shame us into some seedy little corner of ourselves, that corner where the guy who should have turned out to be a jovial barkeep, the kind who makes sure you get home safe, instead turns into the foul-mouthed bouncer who says things like "We don't need any characters around to give the joint "atmosphere". Is that clear, or do I have to slip you my left for a convincer?"

Of course, if you are bothering to read this at all, you know that we do indeed need characters, and maybe you are aware by now that Pam is a person who fights the George Bailey fight to make sure that we have them. Every person in our writing group can attest to that, and no doubt countless others who have worked with her at Davis or been to one of her workshops elsewhere. She's the reason some of us, in our writing lives, inhabit a place a lot more like Bailey Park than Pottersville. 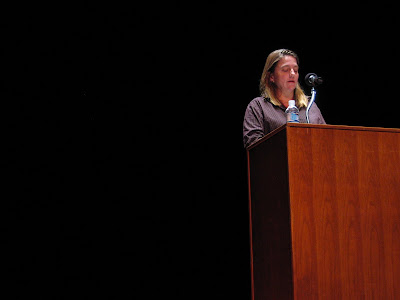 In addition to being a champion for and encourager of the best parts of ourselves, she also shares George's sense of fun, and his wanderlust, of course. There's a line I love (one of many) where George proclaims, "I'm shakin' the dust of this crummy little town off my feet and I'm gonna see the world!" Pam's life is that line, actualized. I've been lucky enough to spend time with her in at least five states in the relatively short time I've known her and I'm not sure there was a day last year when the location of my own feet wasn't in some way influenced by her. I doubt there would have been a year off, or a trip to England, or all that time in NY last year, without her. I know there would have been no ranch for me, no Tomales Bay, no Davis.

Pam also, like all of us, occasionally shares some of George's lovable but real flaws. One of which is, in the face of frustration, or discouragement to forget how big her life is, and this is understandable, because it is a very big life, bigger than a wolfhound, or a ranch, or even a collection of very beautifully written books. This is just a reminder, on her birthday, that her particular wonderful life is one that contains more love for her, more support and friendship than she will ever, in a million lifetimes, get around to using up. 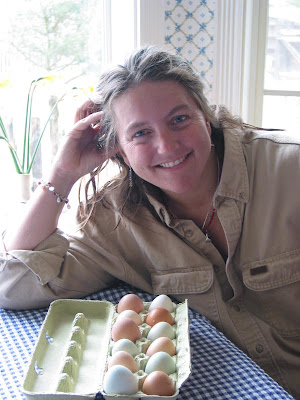 Lovely, Heather. And so true about Pam. And so beautifully put.

But don't sell yourself short--you and your wonderful, insightful words; your sensitive, perceptive soul; and your almost daily presence on this blog are--in your own unique way--keeping so many of us from Pottersville.

Thank you Peggy. That is certainly what is hoped for.

um, okay, this is weird. my name is pam and my birthday is jan 9 and i have a signed version of that IAWL poster at the top of the post and um, i just wish i was as cool as the pam you're talking about.