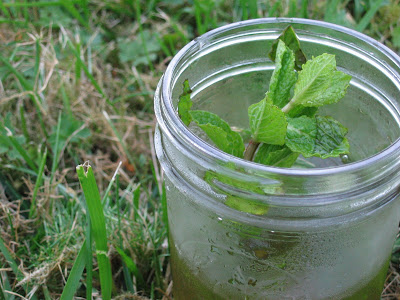 I like mint juleps best in a Ball jar, though I suppose I wouldn't turn one down in a silver julep cup, provided I was wearing the right hat. I tend to let the mint leaves steep in the bourbon for a while, just stir in superfine sugar and take little sips off the spoon I'm using to mix it. The early ones you make aren't going to be the best, it takes a little while for the mint and the sugar and the bourbon to become one sort-of spicy, sort-of sweet, sharp flavor. Go easy on the bourbon mix in the first round, just fill the glass with lots of ice, splash in a little of the booze and then fill the rest with soda. It's okay if it's a little weak, you're saving room for the second and third ones, when everything is all muddled and complicated. That's what makes it good. 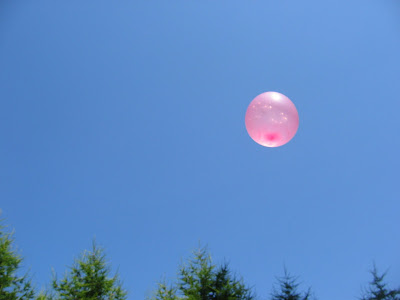 Simple is also good, and that's where the water balloons come in. Just fill, and toss. 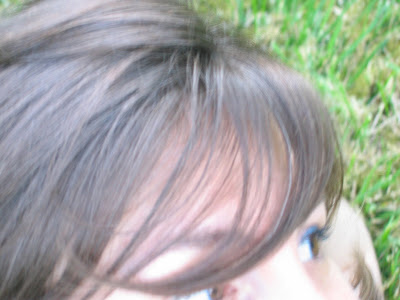 I've been doing a pretty good job with summer so far, I think. Out on a boat last weekend, the ferry to Whidbey Island this weekend. Soft serve ice cream cones, fresh apricots, sweet corn, singing in the car with girlfriends, letting the guys grill, lazing about in the hammock, on the grass, on the porch, at the beach. Wearing sandals and sundresses and eyeliner the color of the sky. Hope your weekend was just as good, only maybe with a little more sleep.
Posted by Heather at 6/29/2008

I have never had one of those mint drinks, add it to the list before I go!

If you cook the mint and the sugar together, it's super yummy!