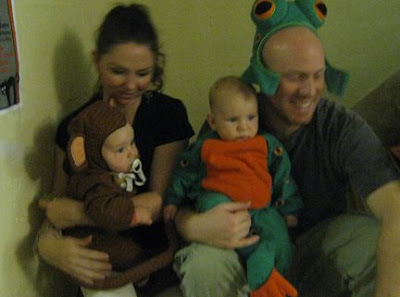 I wish Euge would stop trying to steal Max's costume.
So we had the building Halloween party and it was a big success! I really tried hard to think of what things would be fun for the kids and I think it worked out. It was a lot of work, but I think it was the sort of party that the building kids will remember fondly.

We had a guessing game where you could win a Frankenstein full of Halloween stickers... 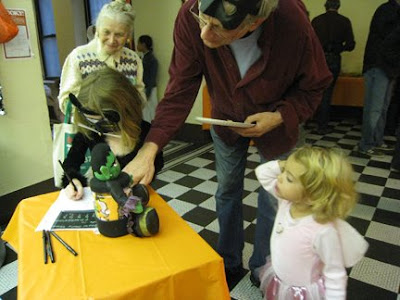 We had a pumpkin pinata - which was a liiiiiiittle more resilient than we'd planned on, but at least all of the kids got a couple of shots at it before Eugene started sabotaging it between hitters. 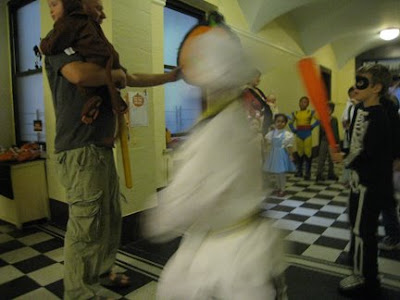 Carolyn came and dressed up as a clown - without face makeup since everyone knows that clowns with face makeup are too scary for little kids. Even kids who grow up in New York. 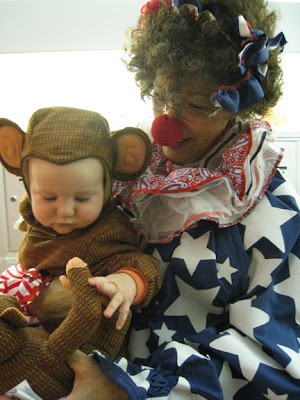 There was also a 'Creepy Cave' with light up skulls and fake tombstones and black lights but, as you can imagine, it didn't photograph so well. So use your imagination. M'kay? 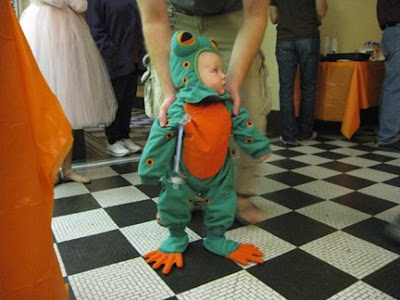 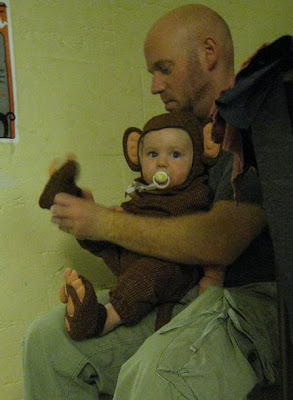 I thought that they were the best part.

Of course, the boys also wore their costumes to playgroup today and I will be bringing them to work on Friday and then to a neighborhood Halloween party. I have to endeavor to take even cuter photos because I don't think we managed to capture exactly how adorable the boys are all dressed up.

And then we'll bring the costumes back for Thanksgiving so that you can judge in person. Hee!
Posted by LadyGripe at 10/29/2008

And this is exactly why I love Halloween so much! It is all about the kids! Good job they look adorable. As if it was possible for them not to!

Where's Norman Rockwell when there's such a great Americana art opportunity?
Very sweet city family stuff! Wish I had been able to be there. :<
Mummy