Things I'm Afraid To Tell You 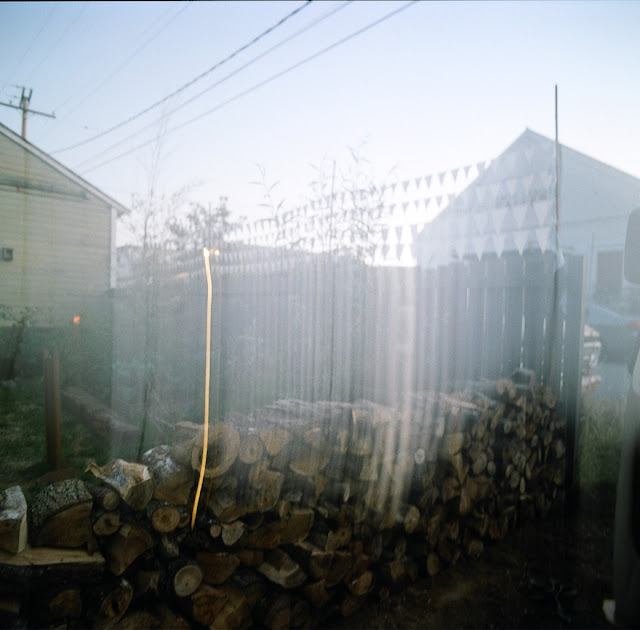 Weeks and weeks ago, over a month now, Tami sent me a piece of writing. It's a good piece of writing, with lots to talk about, especially since it's in early stages and written sort of in chunks, all of which relate to each other in really interesting ways, while still leaving me with the feeling that the piece as a whole is not totally sure what exactly it wants to be yet, which is, in my opinion, exactly where a work at that stage should be. The alternative is for it to be smug and knowing, dictatorial rather than provocative. Even in this early stage it is a piece that lures me in, one that I've thought about a lot since I received it.

I haven't written back to her yet. I haven't even written to apologize for not writing back, and I hate that, but it just seems too meager to write and say sorry, I've been really busy, and at heart, that excuse doesn't even feel true.

In the grab-bag of neglected things in my life right now, this is the one that bothers me most. Part of the reason my tire resigned from my wheel a few weeks ago was that it was tired of bearing up under the pressure of my misaligned car, a strip of it overburdened and neglected until it just gave up and let itself shred under the weight of all those trips back and forth, between Skagit and Seattle, Seattle and Skagit, Bothell, etc. All of the tires have been replaced now, a forced march down my neglected to-do list, but the car hasn't been realigned yet. This weekend, for real. Speaking of tires, there's at least one flat on the riding lawnmower, plus something else wrong with it that I can't fix, which means that the acre we live on is being maintained by a push mower bought at a yard sale for $15. I'm not afraid to tell you that, exactly, but there is some low level dread to my days as a result of it, which is similar to the way I feel about things I'm afraid to tell you. I'm not afraid to tell you how messy my car is, but that doesn't mean I would want you to ride in it. I think about who I park next to in the lot at work more than a grown woman with her act together should, if you ask me.

I'm not really afraid to tell you that I'm a grown woman who doesn't exactly have her act together. I think I have an overdue water bill in a bag somewhere at home, and last month I had to pay two months of another bill at the same time. I'm not really afraid to tell you that while I think, in many ways, that I work for a great company, I couldn't say that this is the most successful I've ever been at a job. I have other failures that I am afraid enough to tell you about that I just won't. I think that's okay. Some of them are about other people, and not everyone needs their business shared here.

When I think about why I haven't written back about the piece of writing from Tami, the one thing I know is that it's not about her piece, or her. It is, of course, one hundred percent me and my own relation to writing. Not only to writing, but to the act of reflection, and creation.

In therapy, we've talked a bit about how I feel these days when someone asks me what I've been up to. My life has changed a lot in the last two years, and sometimes it's hard for me to know how to talk about this. I feel like the answer to what I've been up to is "Nothing." Driving. Making dinner. Vacuuming. Going to acupuncture. The things that used to count as something were places I had traveled to, classes I had taken, stories I was working on, photos made.

There is something much more introverted about my life now, but without the mental space for introspection. I haven't been writing because I can't imagine having that much space in a day - it would require pushing aside certain things that it just makes me too anxious to push aside at the moment.

That used to be one of my secrets- that in order to do what little writing I did, I pushed things aside. I would let the dishes rot in the sink, or shove everything into a box and close it up, or overspend or go without sleep or eat every meal out. When people ask what I've been up to these days, there must be some way to say that what I'm doing now is letting those things catch up to me, and working my way through them. I'm trying to develop the habit of housecleaning, of cooking my own meals, of opening boxes and going through them and saving or letting go, and catching up on sleep and trying to save money by spending time, and by the way there is this new animal to care for and maintain, this big, one-acre animal called the mini-farm. In Pam's new book, there's a point where Mackenzie (on the Boeing tour) says "It's like building a whale." That's what it feels like these days, building a whale. Something you can't quite get your arms around.

My life is a small whale, relatively. No kids. Enough of most things, except time. But all of these things are relative, and there's no getting around that. Even now, I'm stealing time that's not mine. I'm writing my own selfish things, but maybe sometimes that's the most helpful thing you can do for someone else. That's what I'm hoping for, anyway.
Posted by Heather at 5/03/2012

Wow. Seriously, wow. This is one of my favorite posts of all time! This is why we all love your writing. This. Wow.

Barb that's such a nice comment. It's funny, I would not have anticipated that while I was writing it! Just goes to show, sometimes it's good to just let go and write.

I love this. I think writing is like being a mom, if it's hard, you're probably doing it right. Unfortunately, I can't neglect my kids like I can writing. I live near Seattle too. I love Skagit Valley. I used to drive through there often when I was a traveling sales rep. I miss it.