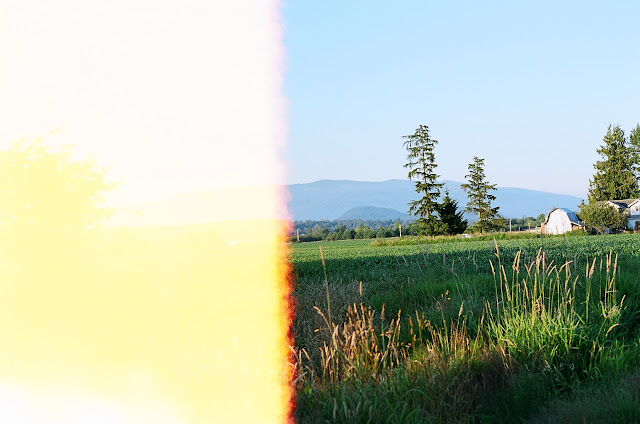 This isn't South Dakota. In South Dakota, there were only four photos. One of Allison with the Thomas Jefferson statue in Rapid City, one of her with the Calvin Coolidge statue, and two of me with Jimmy Carter. Maybe a few more, but really, those four were it. I carried the big digital SLR, carried my running gear, a bathing suit, but none of that got used. we bought snacks at the health food store in Rapid City that we never got to, mugs at the thrift store so we could make tea in our hotel room, but we never made tea. We did get to the Corn Exchange, and ate butter burgers from Culvers and had sandwiches and lattes from the Green Bean in Belle Fourche, but those were the only luxuries. We had a day to prepare for the estate sale, organizing and sorting and squirreling things away that needed to be sent on later to one of the corners of the country where the four of us live now. Then there were two days of sale, and it was time for Allison and I to set out for the Rapid City airport again.

At dinner the last night at Lyle and Shorty's, I noticed how tidy and organized everything seemed after the chaos of the last three days. I confess I also thought about everything as though it were in a yard sale - the cross stitch Velkommen sign that matched the one in the garage on that side table with the fake tiles, still unpriced. Putting the Velkommen sign out for sale, of course it hadn't occurred to me that Shorty had probably made it as a gift for Ellen. I wondered what else she saw at the sale, thought about how she had paid $20 for a walker thinking she might be able to convince Lyle to use it, how later I had run out to catch her before she drove away, stood there in the rain on the curb pressing a $20 bill into her hand. She tried to refuse but there was no way I was going to let her pay, and when I told her Ellen would have killed me if I let her pay for it, she couldn't do anything but take the money.

The plates at the dinner table were the same cheap unbreakable ones Ellen had, Corelle I think, still for sale on the third day. I imagine Shorty had nicer china too, and found myself hoping that she let herself find excuses to use them, but then again, after dinner the cheap dishes just got tossed into the dishwasher. There was fruit salad with dinner and Shorty told us about how she keeps it in the fridge for Lyle, a little pineapple juice in there to keep the apples from going brown. She had a system.

Back home now, I'm thinking about systems too. We didn't eat dinner tonight until 9:30, just more evidence that I do not have the systems down around here. Workin on it.

Another post that makes me miss your writing. Such quiet thoughtful grace in it all.