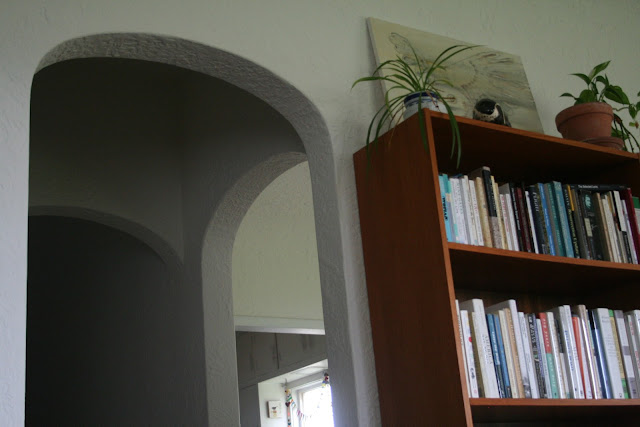 This was the year that I got mildly hooked on that series I found on Netflix instant, about the neurosurgeon who has a super fancy practice with lots of gadgets and mysterious cases, who sees his dead ex-wife's ghost and sometimes works at the free clinic and sometimes goes rock climbing without his shirt on. Tom calls that series "Touched By an Angel" but he still stays on the couch while I watch it.

I cried over work a few more times than I should have this year. I got a little tougher, too, I think. Even so, this was the year I made peace with anyone who might have been called a nemesis and this was the year when the most unlikely characters became my supporters. This was the year more than one tough customer called me wise or told me I was the best HR person they had ever worked with and it was the year I realized I might need to be more forceful about showing that I believed I was, too.

What happens at Knit Night stays at Knit Night, so let's just say this was the year I found Knit Night and got back to socks and made almost all of the Christmas presents I intended to. I made room for yoga and gave in to acupuncture and carpooling and menu planning and totally failed at taking up running again. Cameras got dusty and so did the blog and there wasn't much to say any time anyone asked me how the writing was going. There were fewer unexplored boxes in my spare room and more meals cooked by me in the kitchen. Probably the same amount of dishes washed though, thanks to Tom.

It was the year of Moby-Dick and Myers Briggs, the driest dries and the rainiest rains. It was a year of every day Emmylou, pets and trips outside and meds at 10 and Where's your toy? It was a year of wanting more than anything to be home, where there was everything I needed, and more than that too. In the end, overall, it was a year of progress.

Man, can you write! I love this post. Wow. But now I need to know what Myers Briggs sais. :)