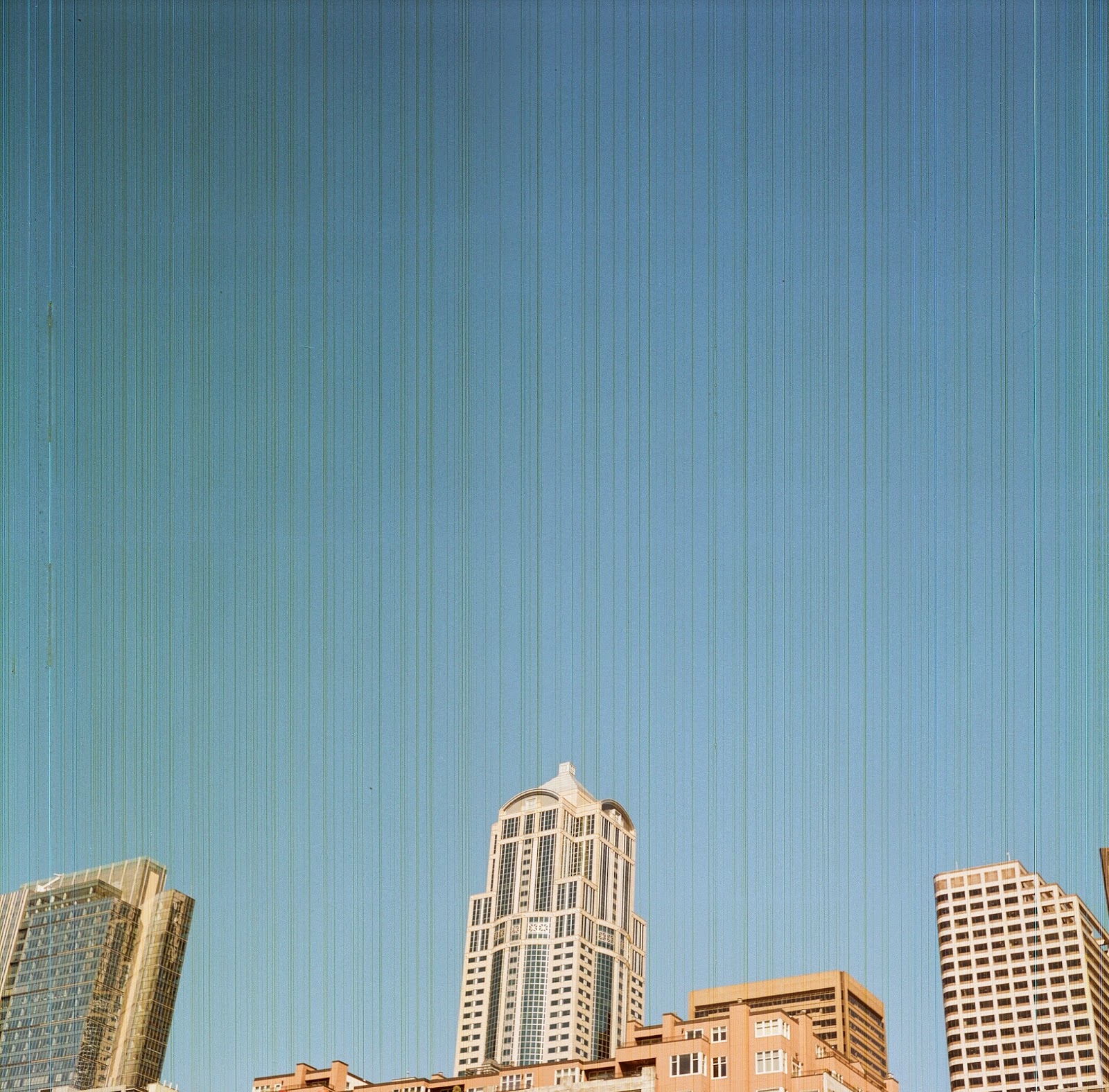 A lot of takeout. More film, 400 this time, since there is no Ektar 100 daylight left at my disposal. Pasta salad, green salad, crispy honey prawns, four slices of pizza, more powdered espresso. I post an article on Facebook about never cooking again and plan my trips home around what food is on the way. A week later, I buy a cookbook and half a huge cranberry turkey sandwich for dinner at the same time. Socks. I've bought seven pairs of socks in the last two days, each time refusing a bag, shoving them instead into my purse. Of course, they are not the plain socks that come in packs of three. They are all patterned socks, in colors I like, with toes and heels in good shades, costing no less than $9 a pair before tax. Some of them say things, secretly, on the in-step. I buy more pajamas, leopard print, flannel with metallic polka dots. More tea. Every Sunday I fail to read the New York Times that gets delivered to the newpaper box across the road from my house, and still I pay for it, and bring it into the house. I get through a section occasionally, usually a week later.

After I bought the camera, I started wanting to write again, sentences and ideas started to unspool in my head, even when the first rolls came back with lines scraped into the emulsion side of the big square negatives. At the camera store, the man at the counter looks at the film under a loupe, on a small light board, points out the different colored grooves, says that the colors indicate that the scrapes are hitting at different depths. I don't know. I think I am probably loading the film wrong. I can tell that the exposures are bad too, which I expect, overexposed mostly, since all the photos are taken in haste and I know that overexposure is easier to correct later. The photo I like best is the only one that was underexposed, one of the twins lit by daylight coming from the window in the living room, and of course it's the one where the scrapes are most visible. I drop off the last three rolls, decide I will finish what's in the camera and then start again. The problem must be in the way I began. In the car, I stop listening to words, go back to the jazz station and let my thoughts unspool, mostly about what a humbling season it has been so far.
Posted by Heather at 11/11/2014