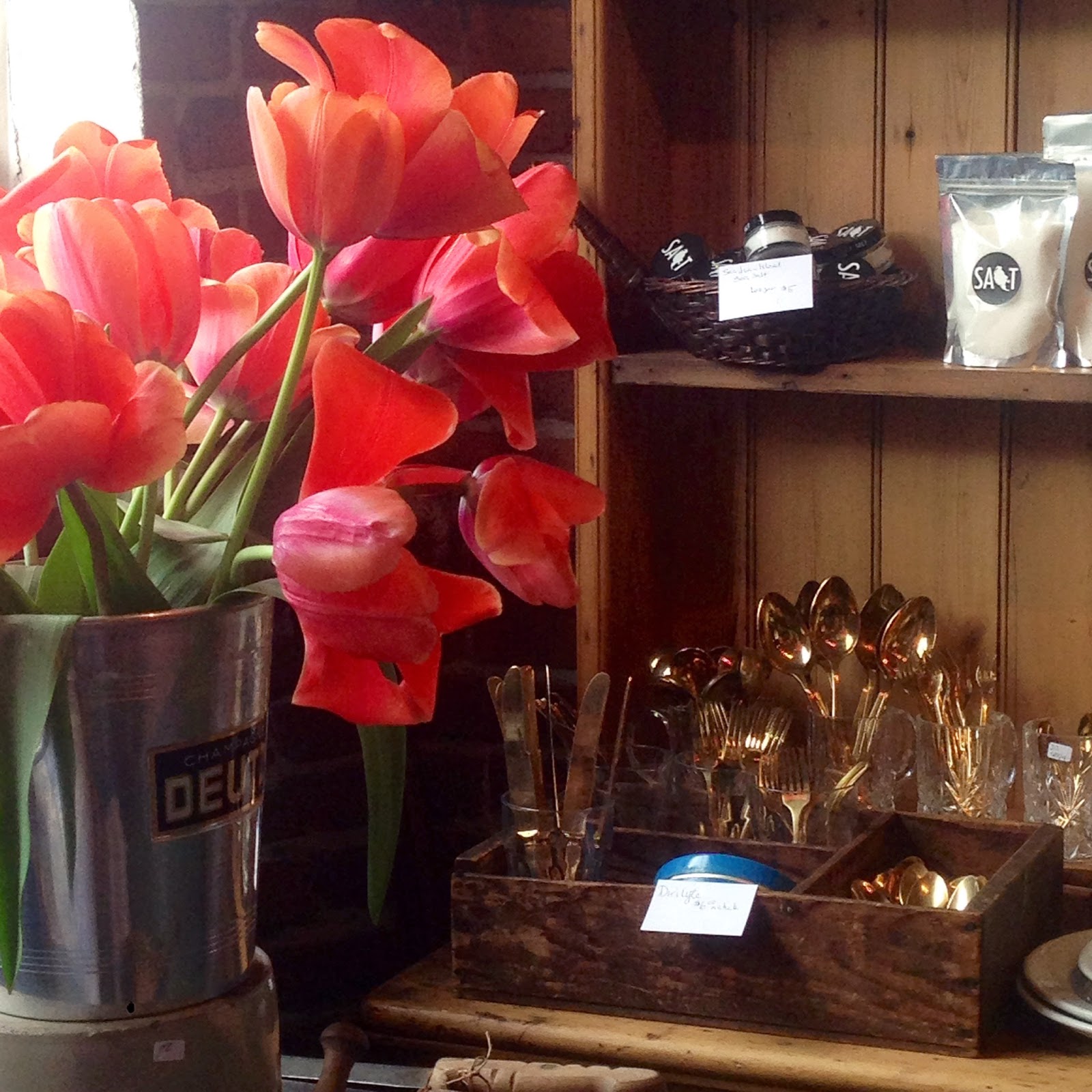 Christy and I walked along the dike near her home, before it was time to open the shop on Saturday. Raylan came with us, bounding ahead, flinging himself in the wet grass as though he was rinsing a winter coat off with the new green. Coming around the corner where you catch your first glimpse of the bay, there was something - it looked, at first, like a finely-done chainsaw sculpture, burly wood with some lighter, maybe almost golden tones, and I turned to Christy to ask what it was just as it moved. It was a bird, though that word isn't big enough for what we were looking at - it was a raptor, and it stayed still as I came towards it, for longer than I expected, until it lifted off with it's broad wings, husky shoulders and flew out over the flats. Juvenile bald? Too big. There was a mature bald in a tree just beyond and you could see the relative sizes. It didn't have the heron's long neck or pale colors or that particular set of the head of a vulture. Golden Eagle, we settled on, though I could hardly believe it. Later, in Slough Foods for cheese (some snacking, some melting), I asked John - do you think it could have been? And he shrugged, maybe. The Skagit Audobon Society notes list a sighting on February 21st, so yeah, maybe.

The day was warm enough that we could walk without a coat, just a decent sweater. We both wore tall boots against the damp that hasn't yet been drawn out of the soil by sun. In my garden at home, it's still too wet to plant, not passing the clump test. I hold a ball of soil in my fist, toss it up, it falls to the ground in a lump. It's a good time to weed, but nothing else. Christy's garden is all exotic tulips and fritillaria and good looking hedges right now. The containers in front of the shop are blooming and cheerful, and there are vases of immodest tulips and forced branches for inside. The field tulips have been in bloom for weeks already, and soon it will be the paths between green stems that are full of color, instead of the plants themselves. Town is full of good-looking visitors and their mostly cute dogs every sunny weekend. Kristy gives me a beeswax tealight to test at home, from the people who do San Juan Island Sea Salt. There isn't much test to it, since one of my New Year's resolutions is to stop saving the good stuff, and in my book beeswax candles are always the good stuff. I put it inside a little house ornament which holds a candle and the windows light up and the candle burns well and long. The same people also sell blocks of pure beeswax, stamped BEESWAX, and it occurs to me to ask Christy if she can get her hands on some spoon oil. It's easy enough to make at home, but I'm lazy and prone to burning anything that goes on the stove for long, so, maybe?

This week, everything in the shop makes me want a cup of tea, and a soft place to sit, and after an hour of weeding the blueberry bed, that's exactly what I go for.
Posted by Heather at 4/21/2015