This Is Not About Saying Something 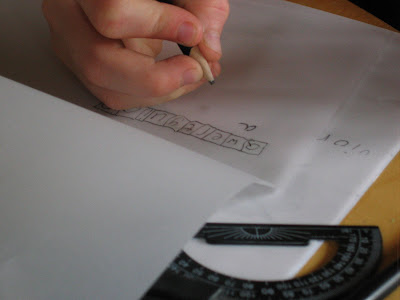 Wyatt's new school supply set, which he used to draw, you guessed it, a keyboard.
It's just been a while, you know? We had ten posts in August. Thirteen each in June and July. I didn't think the blogging drought had been going on that long, but I see that it's been a year since the months of 20+ blog posts. So I just thought I'd show up, pick a photo, and see what happened.
I've been thinking about last year anyway. I always do that when the season turns, as it is now, or when some big annual event like Bumbershoot comes whizzing by my head again. Bobby and I went to Bumbershoot together again, and sat in almost the exact same spot, in front of the Broad Street stage, but this year we improved on the whole experience by eating an elephant ear. He looked a lot cuter this year too, since he's gotten over his love of scrawny mustaches and slightly but not really ironic "vintage" (ie from the 90s) t-shirts. What if we have an even better time next year? Mercy.
This time last year was also about letting the twin news sink in. We didn't know they were boys, that they were Thomas, or Max, or that Allison would make it look so easy. I had two job offers, neither of them for the job I'm doing currently, and I was only just starting to write the stories that make up the little group I'm still chipping away at now.
I'm just saying. It's fall. I'm thinking about stuff, but not in any way that seems to add up to anything. And that's fine, right? It's school season, and that means empty notebooks, new sweaters, and new math, soon enough. And if some of the cute boys are the same ones from last year, that's okay too.
Posted by Heather at 9/03/2008

You can write in my blank notebook any time.